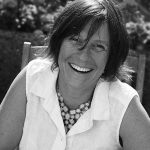 Lynn has lived in Luxembourg for 8 years. She has 2 children and an incredibly supportive husband. She has a Bachelor degree in Psychology and a Masters in Public Health Education & Promotion. She has worked in the voluntary sector all her life either as a volunteer herself or managing, training and supervising volunteers. Previously she has been a Manager and Counsellor for two national Helplines in the UK.

She has recently trained to be a Parent Group Facilitator in the UK. And presently she volunteers with several support and social networking groups in Luxembourg and is a fully trained Leader for the International Scout Group Telstar.

She also enjoys getting messy with paint, glue and ‘sticky backed plastic’ and loves to sing, dance and get up to mischief on stage if anyone will let her! 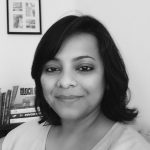 Revathy is a full-time mom, part-time professional writer/editor and an all-time champion of empowered, informed and positive parenting. As an expat mom, the last 16 years of her were spent moving to places where her husband’s job took her and as a result her two boys have had a taste of growing up in 5 different countries.

Revathy began her career as a journalist in India and moved to Romania soon after she had her first child. After a brief stint in Holland, she first came to Luxembourg in 2008. Her personal experiences of living and raising children in foreign lands with different cultures, have given her some insight into the challenges faced by so many international parents today. This was one of her motivations for starting Passage with Lynn and Mei in 2013.

But no sooner had Passage taken off in Luxembourg than she was required to travel once again, this time to Kazakhstan, on new adventures with her husband and two boys.

Now, after 6 years, a couple more countries, and many more experiences under her belt, she is back in Luxembourg and ever so happy to pick up where she left off at Passage once again!

When she is not busy day-dreaming of new and wonderful projects (or yelling at her boys to pick up after themselves), Revathy loves working on that book she is never finishing, reading mystery novels, watching black-and-white movies. 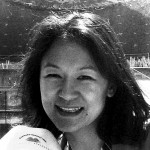 Mei’s professional background has always been in the creative and advertising industries and funnily enough a large proportion of her previous 14 years experience has been working for the children’s sector. She can also proudly boast to having designed a 930sqm kindergarten in Hong Kong, complete with pirate ship ball-pool, so surely that was a sign of things to come!

She moved to Luxembourg in 2003 – whilst heavily pregnant – and despite the difficult beginnings, she has since found a wonderful life here in her adopted country. Nowadays she is a mum to two spirited, loving children. However along the path of parenthood she has encountered many trials and tribulations. Consequently at the beginning of January 2013, she set up Passage with Lynn and Revathy, who both had similar ambitions to help and support other parents in need. This, she feels is the start of an incredible journey that she is blessed to share with her very understanding family.

In her spare time, she is happily volunteering with the Telstar Scouts and annually relishes the challenges of camping with the children, braving the elements like a real trooper! Likewise the same tenacity is still in evidence as she tries to master the French language, which is sadly continuing to elude her! 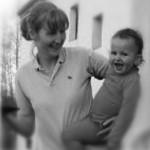 Melissa has lived in Luxembourg for eight years. She grew up in rural western United States. She earned an undergraduate degree in English and Spanish education, and a few years into teaching earned a masters in Special education. She is fascinated by the question about how one learns. She find things in Europe extraordinarily close together. Crossing country borders within minutes and experiencing the merging languages and cultures has been an unreal experience.

She loves sunshine and sky gazing. Gardens are where dreams are fostered and take shape. Active outdoorsy activities, she finds enjoyable. And what is even more cool about here is that Melissa can add the wonderful activities such as a shopping center, indoor pool, movie theater, or a nice restaurant without having to drive three hours.

Melissa devotes most of her time to her family of four children, volunteering at her local church, and learning how things work here — the education system, the clubs for kids, the languages etc. She is grateful for the help and perspective Passage has provided in this search and is happy to join their team. 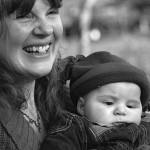 Kate is mum to 2 lively boys who keep her busy and (relatively) fit! In her professional life she enjoyed working in corporate coaching, training and development for 14 years. However, finding her own journey to parenthood such a big adventure, soon after beginning her own family she decided to retrain and specialise in supporting other new parents.

After working with parents in London for five years, it is now a pleasure to be working with Passage and Lux Midwives (and previously the Well Baby Clinic) to support an even more diverse group of parents here in Luxembourg to share the familiar joys and challenges of being a parent.

Moving to Luxembourg was the family’s first expat adventure and a bit daunting! That was back in May 2013 and the whole family now feel very settled in their new home. They have even welcomed some new furry companions into their family and enjoy making the most of the great outdoors with Ella the dog & Dexter the pony. 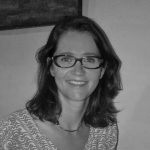 Eyda moved to Luxembourg in 2009 with her husband and two boys. Before moving to Luxembourg she worked in various countries throughout Europe, mainly in the conference and training industry.

When her children started attending the local Luxembourgish school, and they had to juggle and struggle with several languages, she became interested in the challenges of multilingualism. She therefore retrained to become a Dutch language teacher for children in Luxembourg. Teaching Dutch to primary school children has given Eyda a broader perspective of the multilingual and multicultural issues so many of us face in Luxembourg.

After dedicating a couple of years of her time to teaching, she is now very enthusiastic to support Passage and share her experiences with others.

Besides being able to enjoy more of her time with her family and friends, Eyda is challenging herself to master more of the local languages. 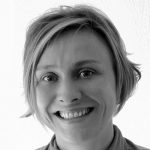 Sophie used to tell secrets in English to her mother even though her family was French. Her passion for communicating in foreign languages made her live in America, Asia and Europe… now, her two wonderful boys tell her secrets in English and share her passion!

Sophie Debout earned a Master’s degree of Education in French as a Foreign Language in France and has been a Language Educator, an Academic Coach, a Course and Pedagogical Director for more than 15 years, in 7 different countries for the Ministry of French Foreign Affair, International Schools, and private companies. She has “plunged into change, moved with it and joined the dance” many times with her adventurous husband!

Her last professional experience in Asia was the peak point of her professional growth; a seed of mindful and positive change in education was planted in her brain. Being certified in positive psychology as well as brain-based Academic coach, she decided to create MindmattersHub in Luxembourg to promote children’s talents and to provide parents’ and teachers’ support.

Being part of Passage is a gift for her since supporting parenting has always been a way to foster connection and share passions with people.

Sophie is first and foremost a learner, passionate about education and languages. Enthusiastic and compassionate, she seeks out adventures with learners and colleagues to explore, reflect and discover how we might best strengthen, change and improve the learning experience and culture in our educational settings. 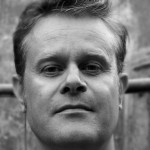 Björn is 45 years old and holds a Swedish master’s degree in social science on education/social work/migration. He has been working with children and youngsters most of his professional life and since 2002 as a Youth Coordinator/Social Worker in the Stockholm region, Sweden. Consequently he counts the educational, social and youth-related field as his professional area of expertise and passion.

A year ago, Björn relocated to Luxembourg with his family – he has a 12 year-old son – when his wife got an expat assignment to work here. For the moment he has a leave of absence from his work in Sweden.

Presently he is studying French at the INL, building his social and professional network, and scouting the labor market. Aside from his family and circle of friends, Bjorn has a wide spectrum of interests: social issues and politics, IT/computers, culture, photography/editing, film, music, theatre, writing, nature/trekking, travelling and fixing old houses.