Create, Connect and Share Respect: A Better Internet Starts with You!

At the beginning of February, I was invited as a parent to join the delegation from Luxembourg’s Safer Internet Centre ‘Bee Secure’, to the Safer Internet Day (SID) celebrations at the European Parliament in Strasbourg. The focus of this meeting was the launching of a new EU initiative around teaching and sharing good cyber-hygiene, that is the development and continued use of good habits around the use of all digital devices. Basically keeping ourselves healthy, happy and wholesome online and off.

Of course as a non-digital native parent I’m already showing my age by even considering that there is an online and offline differentiation any more. Although there is of course the term IRL, which to my children’s generation means the difference between friends you have ‘In Real Life’ and friends who you have solely met online. So I guess I’m not completely lost.

In this article I’m going to give an overview of what Safer Internet Day is and why it is so important to know about just in case your child has come home talking about it this week.

The Safer Internet Day (SID) has taken place on the first Tuesday in February for the past 15 years. On this day Safer Internet Centres (SIC) all over Europe, and the world, share the projects they have been doing with young people, teachers, parents and other interested adults throughout the year to raise awareness of this crucial work in our world today. Over the years this work has moved towards the idea of not only a safer but better Internet for everyone. Which includes discussion and debate with all stakeholders from Google, Facebook and retailers like Amazon to the people in charge of law and policy making, to schools, youth organsations and families. It is testimony to how seriously this subject is taken that this years SID was marked by the launch of the EU wide saferinternet4EU campaign. This work is literally touching millions of people’s lives. 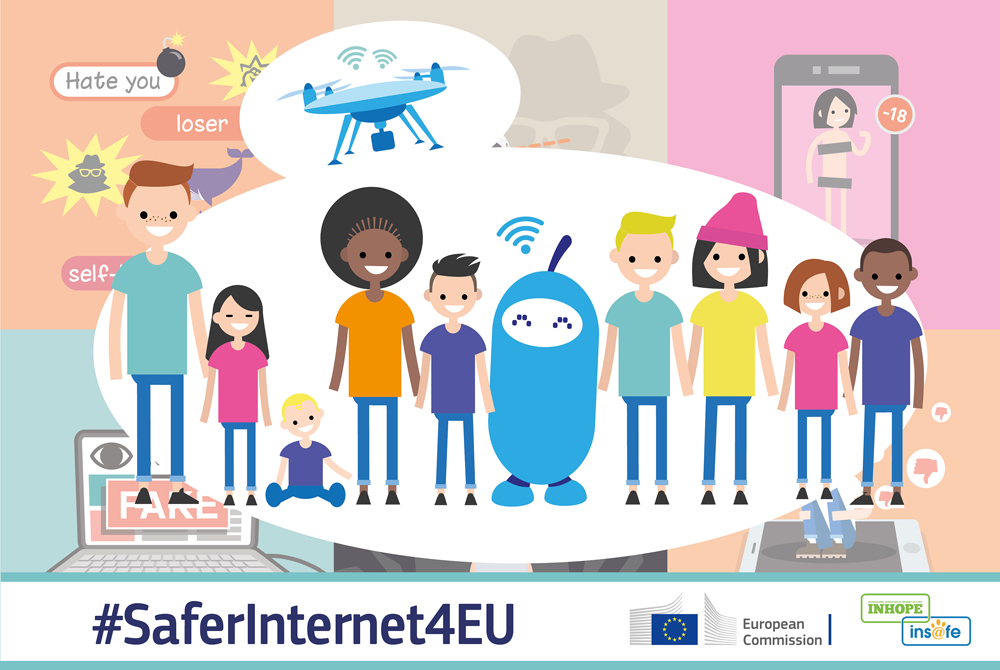 Most importantly amongst the panel of people who joined us at the EU launch were 20+ young people from all over Europe. It is generally accepted within each SIC that young people’s involvement is crucial in the development of relevant, useful and practical strategies in the field of a better Internet for all. However, we have still yet to see how each individual country ensures the input of young people’s views in the development of their own policy framework for this.

Each Safer Internet Centre (8 in all) gave a short presentation of a range of creative, engaging, and educational work they have been doing generally with young people and teachers throughout the year. Young people were asked to present and give feedback on these initiatives and questions that arose. There were discussions around the need to focus more on Primary-aged children as statistics show that more and more children are receiving their first SMART ‘phone’ under the age of 10 years now. There were discussions about the role of parents in modeling ‘good’ behavior around digital use including using smart phones as ‘babysitters’, having house rules around digital use that they clearly don’t follow for themselves and posting embarrassing photos of their kids online.

There were discussions around the importance of sharing resources (that can be repackaged for different countries) and how many SIC’s do this in practice. There were discussions around the ‘Dark Web’ and the exploitation of young people by adults as well as companies who use aggressive marketing techniques. The meeting closed with a promise by the Commissioner Mariya Gabriel that this was a subject dear to the heart of the European Commission and would continue to receive support in form of legislation and policy debate and the backing of an EU wide competition to reward high quality resources and inspiring initiatives on safer and better internet from professionals, teachers and young people. 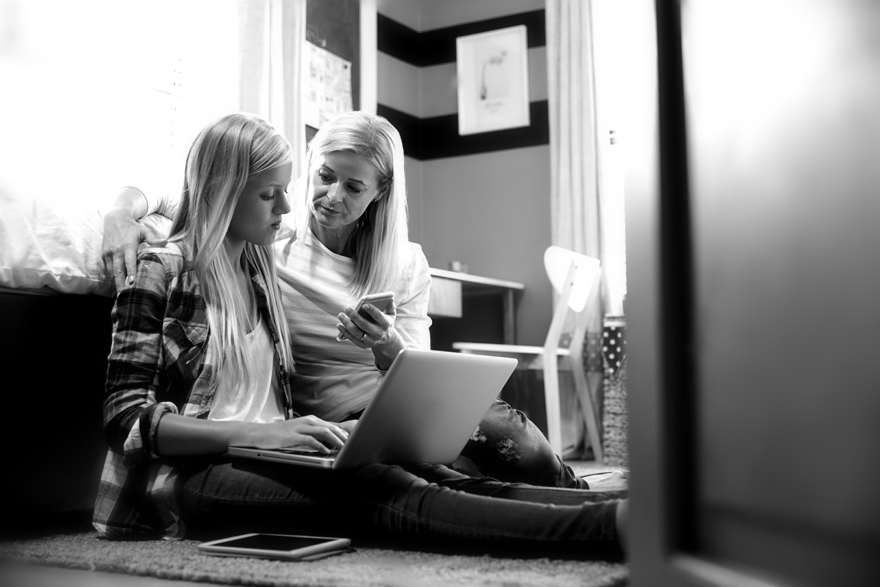 It was a privilege to be invited to take part in this event. My only concern as a parent was the lack of work being done directly with parents or at least involving parents. Although I know every person there would say that parents play a crucial role in the teaching and modeling of good habits for their children and society as a whole, there still seems to be a lack of joined-up thinking in this area. I am of course not naïve to the fact that sometimes engaging, involving and even reaching out to parents can be challenging, but I still have a rather utopian view that if only we could complete the triangle, TEACHER – PARENT – CHILD as equal players in our continued education for life. Then maybe we could learn better ways to create, connect and share respect… and to possibly bridge the digital generation gap.

To this end I am going to write a short guide in parts for parents on how to enhance online safety in your home.

For more information about Safer Internet Centres and EU initiatives:

Better Internet for Kids: For a range of resources in different languages.

European Commission Policy Information introduces the European Strategy for a Digital Single Market: This EU Strategy for a “Better Internet for Children” proposes a series of actions – to be undertaken by the Commission, Member States and by the whole industry value chain – to create a safe digital environment and to ultimately empower children as they explore the digital world. 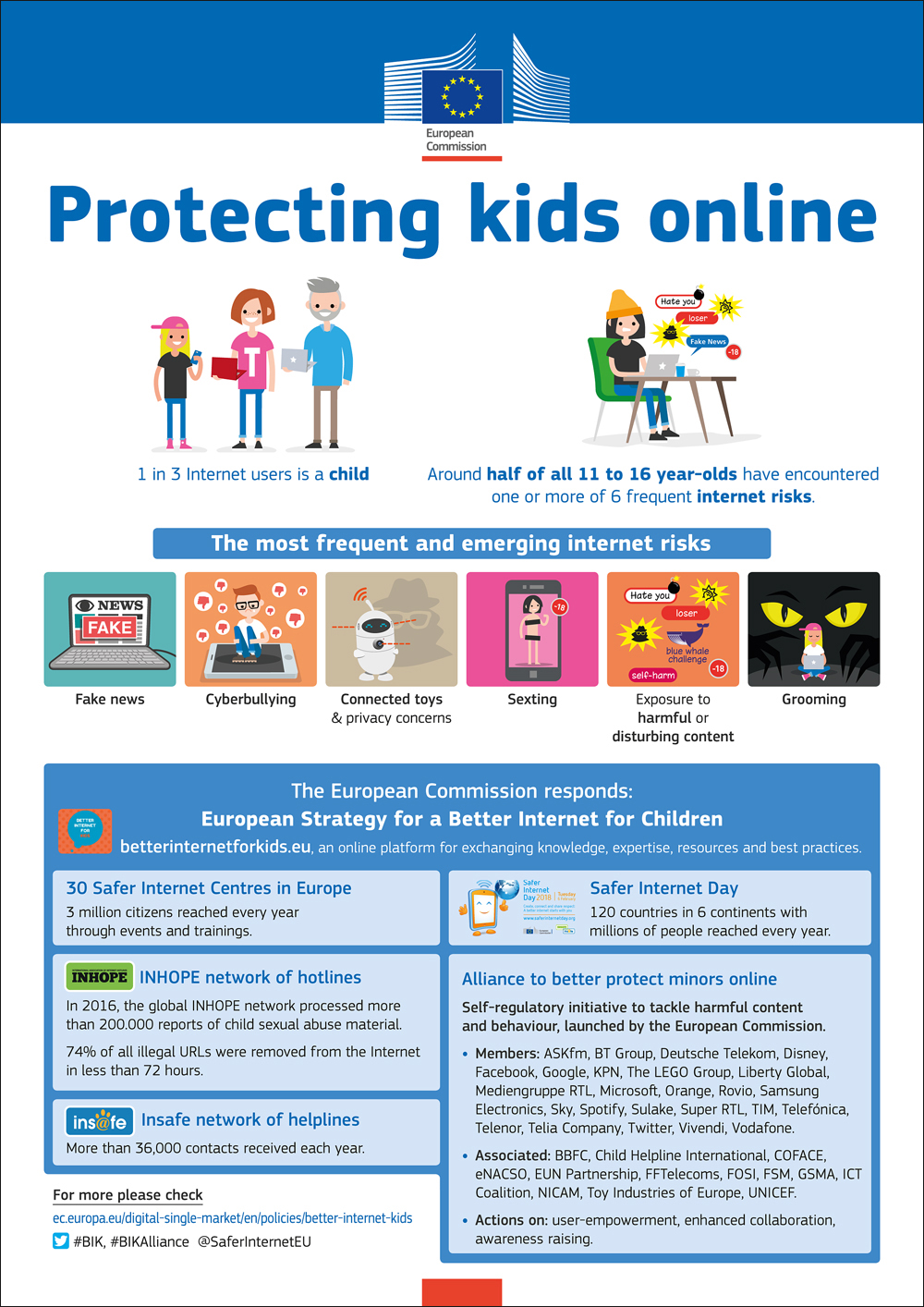